In a way, my story actually begins with my sister, Leah. Before I was born, when Leah
was three, she started vomiting a lot and having headaches. My parents took her to the doctor
and eventually figured out that she had an astrocytoma brain tumor. It was still the 1970’s at
that point, so the doctors went through with brain surgery and radiation, but they told my
parents to pray because she was probably going to die. But they did pray, and the next scan
showed the tumor was gone. Leah would live, but the brain surgery damaged her pituitary
gland and stunted her growth, leaving her disabled but high functioning. Despite the disability,
she was always happy to be alive and loved telling people that she was a miracle.

I had just graduated high school and was going to college to become a nurse when
Leah started to get really sick. She was 33 years old when we found out that she had another
brain tumor called a glioblastoma, and worse, that it was caused from the radiation she had
when she was three.

We did all the treatments that the doctor recommended – chemo, radiation, surgery. I ended up watching my sister suffer for over a year until she passed.

I had a really hard time with Leah’s death. I became suicidal, and had to go on medication. My husband and I were dating at the time, but we broke up amidst the whole ordeal. In the end, I think I just needed to freak out and become a mess for a while. I couldn’t help questioning God’s goodness; Leah never did drugs, never had a boyfriend. She was basically a child, and it bothered me that somebody so innocent could suffer so much, and I couldn’t fix it.

Four years later, my husband and I were together again, and we got pregnant. We had our first baby girl, named after my sister, and then we really wanted to adopt. At the time, I was working with adults with disabilities, and one of my clients was a single mom whose children were taken away by Child Protective Services. I was heartbroken for her and her family; she wasn’t abusive, she was just disabled and couldn’t quite keep up. So I called her and we signed a waiver called Non-Family Related Relatives, and within a week, her 12-year-old Andres moved in.

Six years after we adopted Andres, we got pregnant again with twin girls, Grace and Bailey. I thought it was a sign from God, almost a congratulations for waiting and adopting a teenager. But about thirty weeks into the pregnancy, I couldn’t feel Bailey move anymore. My midwife suggested an ultrasound, which confirmed that Bailey’s heart rate had stopped. I was checked into a hospital, carrying both life and death in me for seven days before I was able to birth Grace. She came out fully breathing at 2 pounds, 18 ounces, but she got really sick, really fast. She had hydrocephalus, and needed brain surgery at two weeks old.

I just remember crying and pumping, living out of the NICU for ten weeks.

But Grace is a champion, and she made it through all the surgeries without any brain damage. She’s our little miracle.

About a year after Grace came home, my brother was helping us with some projects around our house when he hit a bump in the driveway and fell off my grandpa’s tractor, which then landed on him and smashed his heart. Something inside of me turned off. I was still grieving Bailey, still grieving Leah. I couldn’t grieve for another sibling. It was too hard, we were too close. Every time I thought about my brother or my baby or my sister, I’d grab my heart and I could feel this lump. I realized that chronic stress could wear on an immune system, so I went to a doctor and expressed concern, but they told me I was too young, and it was probably nothing. I didn’t really believe them, but at first I listened anyway.

A couple months later, I came back with a bit more urgency, and was turned away again. Finally, the third doctor I saw believed me enough to let me have a mammogram, and my fears were confirmed. As I listened to the doctors telling me it was cancer, I could hear Jesus saying, “It’s the grief, Erin. You’ve got to heal it all. Not just the lump, but everything. The grief, the self-hate, the blame. Everything. It’s all too much. Let’s just heal it all.”

After the mammogram, the oncologists suggested a biopsy. I knew I didn’t want one, I knew that it wasn’t leading me toward a path of healing. But when you’re in that situation, you feel a lot of pressure from people that love you, and as a mother, you want to take care of everyone and you don’t want other people worrying about you. So I went ahead and scheduled the biopsy, but I specifically said, “Please don’t hurt my boobs. I’m still using them. I’m still nursing. Don’t hurt my milk ducts.”

The doctors made it seem like it would be easy and not invasive, but it was a full-on surgery. My nurse was new, and nervous, and my 45-minute biopsy ended up being four hours long. When they were done, my right breast had a huge hematoma, with blood and milk coming out of the side. I got an infection, and to me, it was very clear sign from God that if I kept choosing the path of traditional medicine, it would only continue to be this painful. These doctors didn’t tell me what they were really doing. They made me feel like their methods were all just standard care, like there was something wrong with me if I even questioned it. Looking back, it was never the cancer that scared me. What really scared me was how pushy everybody was, and the fear behind all the choices I needed to make. I wanted to make choices based on education.

So, I decided the oncologists would never touch me again. My sister, Heather, came to visit and we started exploring solutions that weren’t temporary fixes, but actual cures. Everybody had been telling us to watch the Truth About Cancer documentary on YouTube, and as soon as we did, we both agreed I needed to find a clinic that would help me fix the root of my cancer, which Jesus had already told me was my grief. I started researching all these alternative doctors all over the world, and I kept coming back to Hope for Cancer. Most Hope for Cancer patients bring a companion with them for their first three weeks, but my kids were still very young and needed a parent at home. So I arrived at this clinic about two years ago on Mother’s Day, alone and scared. I was completely terrified of everything – food, makeup, nail polish, hair products. I hadn’t eaten a real meal in weeks; I was thirty pounds lighter, literally trying to juice the cancer away. I was so light, it hurt to walk.

Immediately, the nurses could see how scared I was. They held my hand through all of it. They walked me through each treatment and never left me alone.

They made sure I ate a whole meal, no matter how long it took. They did my laundry, they cleaned up after me. Sometimes their kindness felt so overwhelming I just had to cry. I didn’t know I could be loved on like that, that I could love myself without feeling selfish. It was hard to be without my husband and kids for three weeks, but looking back, I can tell it was really good for me. If they were there, I would have tried to take care of them, and I really needed that time to take care of myself, to grieve for my brother.

Lately, I’ve been asking Jesus to help me cultivate joy. I’ve been learning to live life again, and to let go of my cancer – it was never really mine to carry. I never thought it would be possible to recover from baby loss and sibling loss and a cancer diagnosis.

And if it wasn’t for this alternative path that I’ve chosen, I don’t think I ever would have been able to truly heal my heart.

But here we are today, and I am so happy. I’m happy because I’m healthier than I’ve ever been, I have a beautiful new family in Tijuana that is there for me whenever I need them, and I no longer think brave is a smile. Sometimes, I think brave is shaking, and not being able to eat. Brave is taking that leap of faith into the unknown. It’s letting hope into your heart again, just because it’s exciting and fun. Hope is really fun. 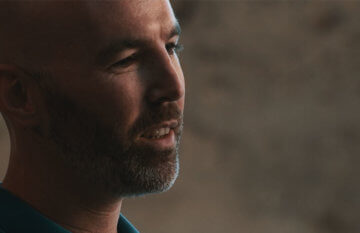 With a young family, career and cancer levels that were rising. David struggled against the aggressive approach that was being prescribed and found a different path of healing his multiple myeloma diagnosis. Learning she had cancer just 6 months into her marriage is as tough as it gets, but with doctors telling her how long they excepted her to live, Christine began questioning the conventional route and started looking for better options.

We understand that you may have many concerns right now.
Our admissions counselors are happy to help you find the answers you need.
Get a FREE private consultation call today.

GET YOUR FREE CONSULTATION